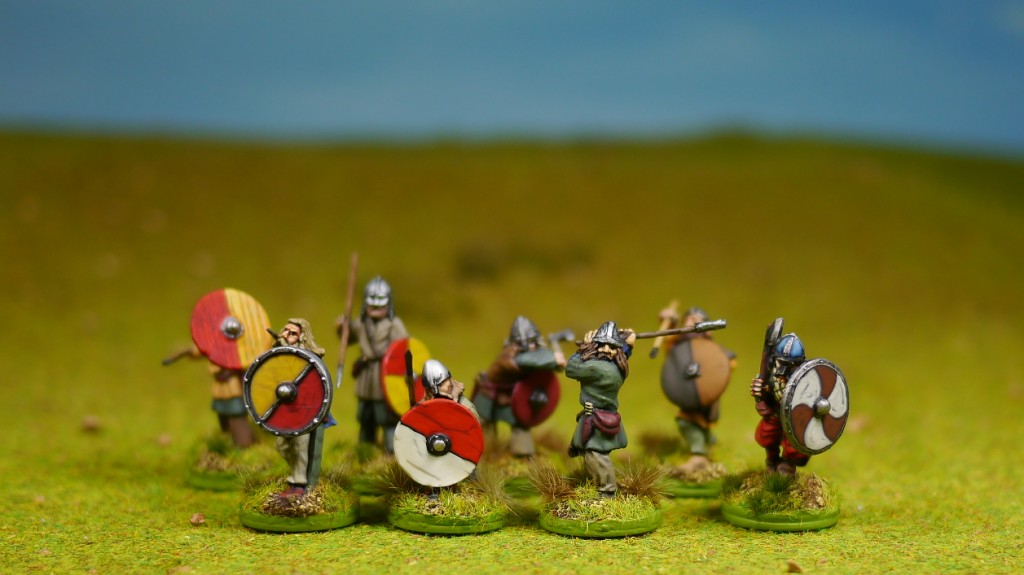 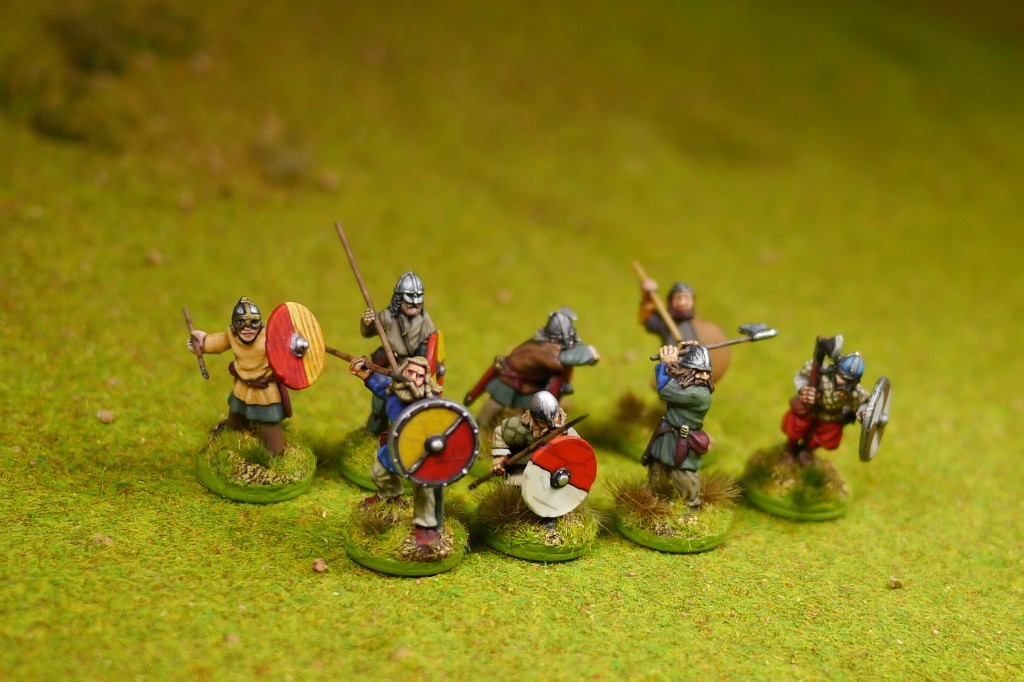 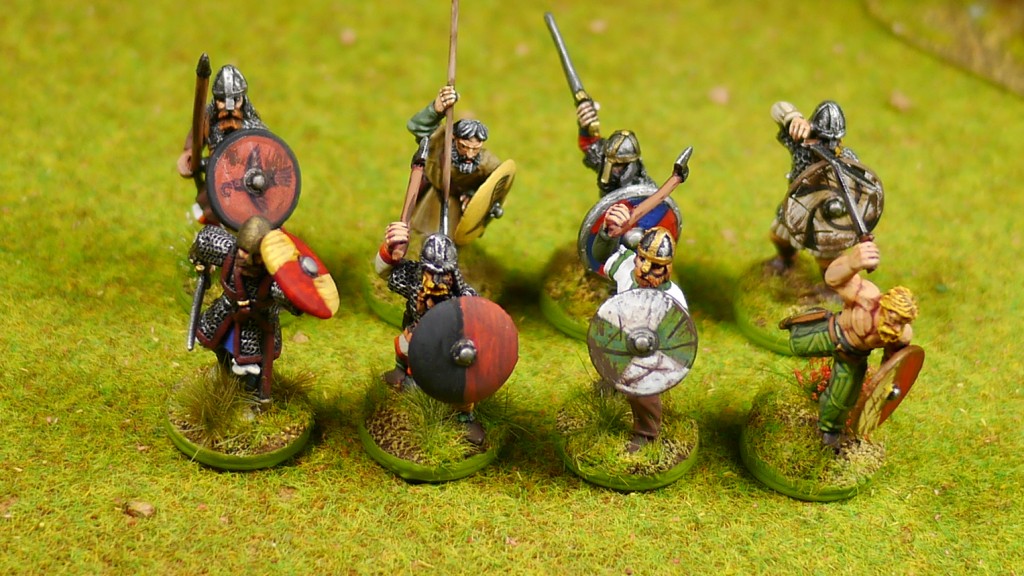 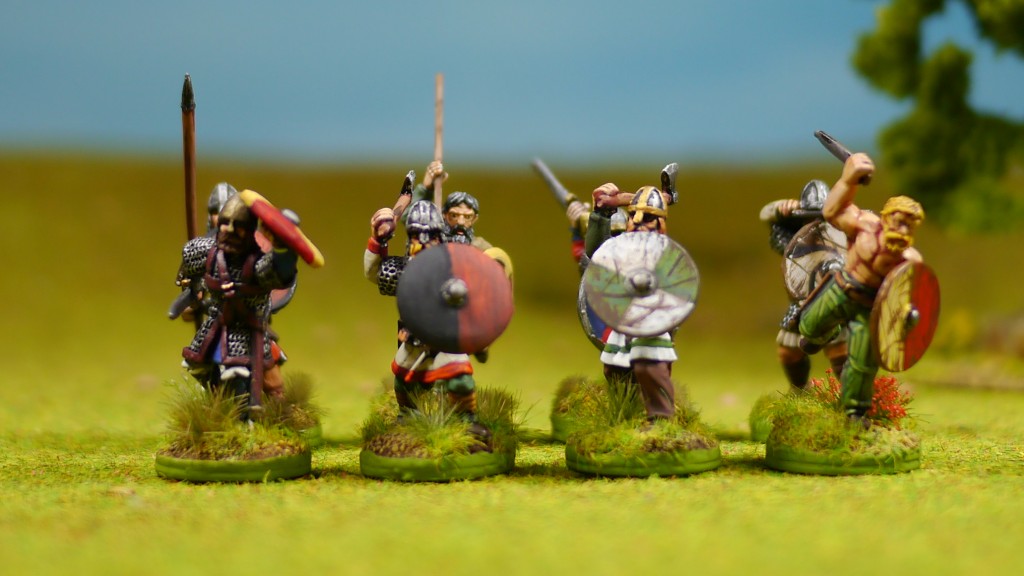 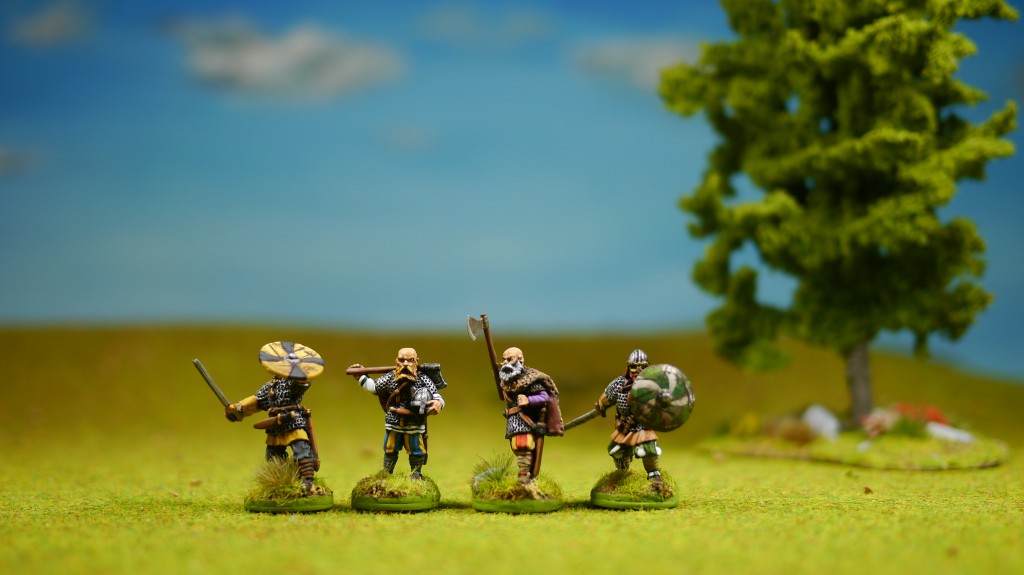 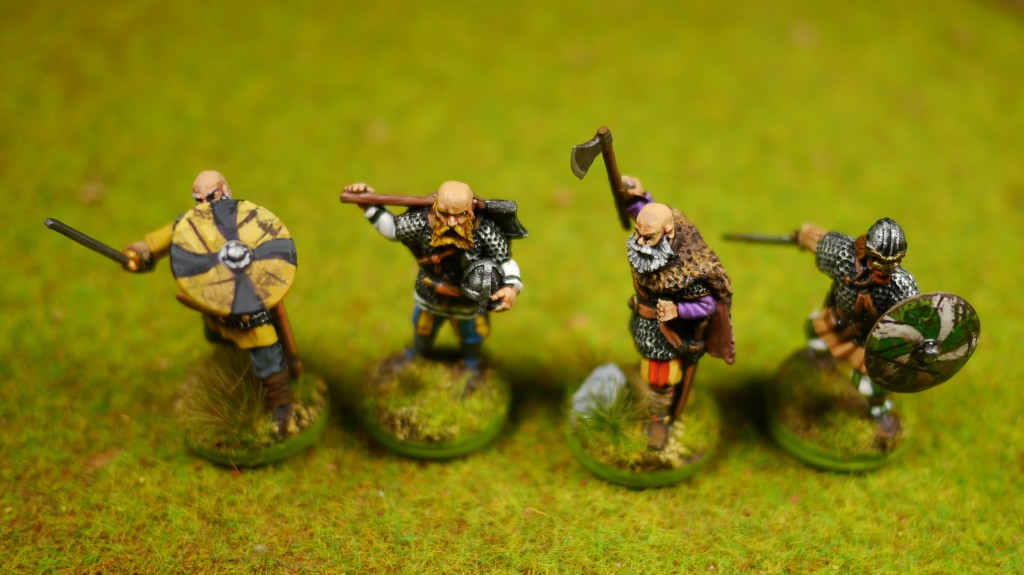 Hi everyone, it has been quiet for some time. At least on the blog, but not at home – my wonderful little doughter not only transforms the night into day, but also keeps me from painting and posting. But there is the strange thing – as soon as she smiles at me, everything seems more than worthwhile. It seems nature knows what she’s doing afterall…

Well, anyhow I have now finished a 6 point Anglo-Danish warband for SAGA. This wasn’t much of a challange, since I already had most figures, but they were based for DBx (or not based at all) and so they had to be rebeased and polished up a little bit. The same goes for a warband of Normans, Vikings and Welsh which probably will be seen here in the not so distant future. 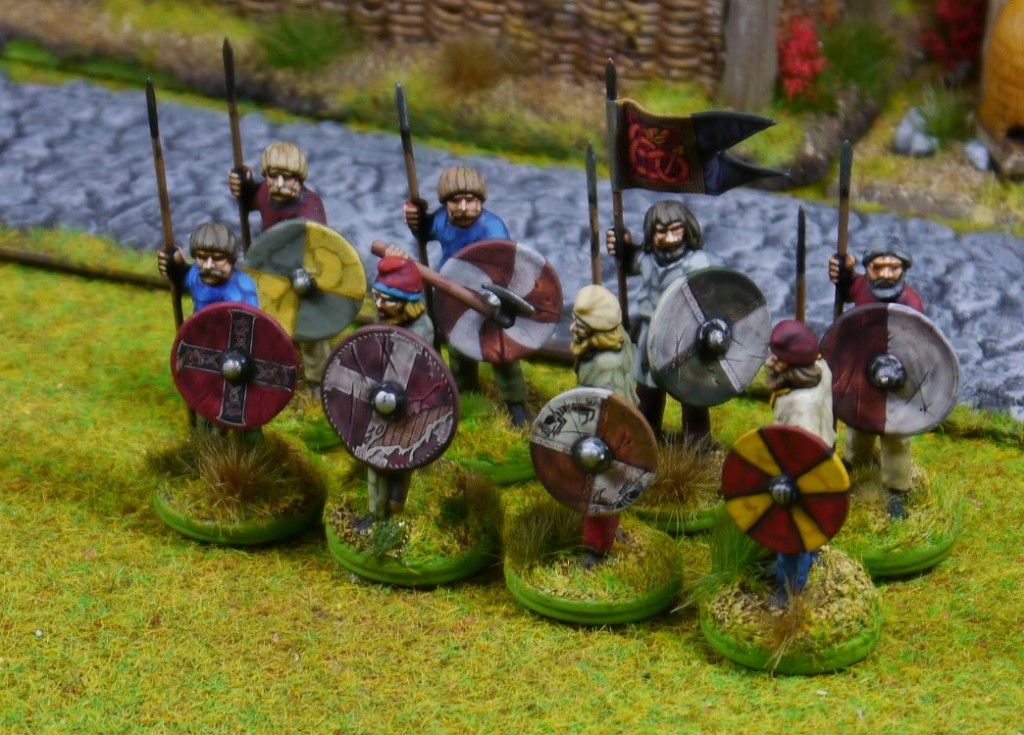 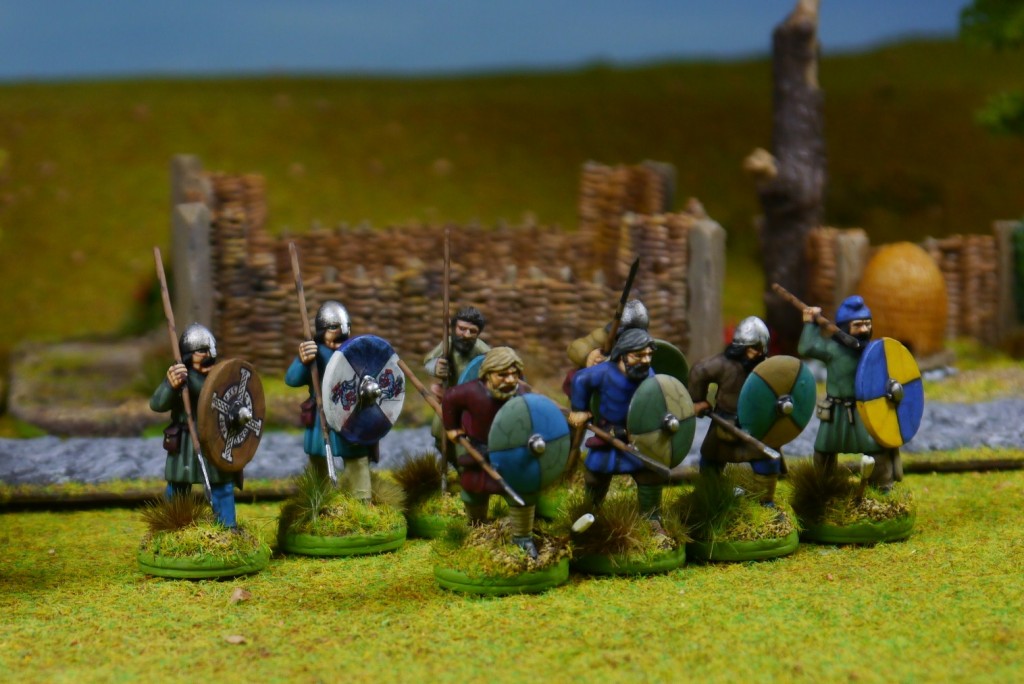 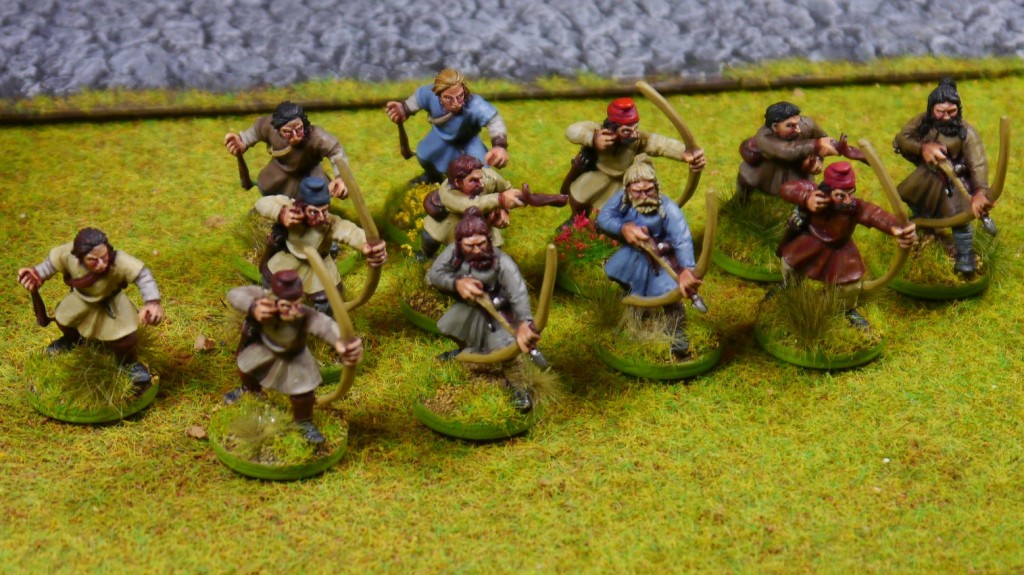 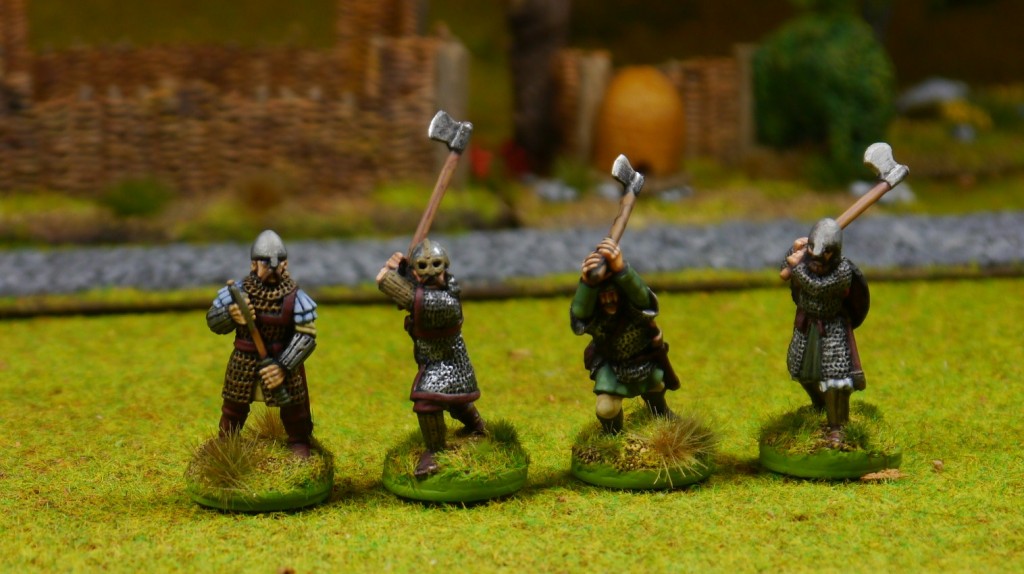 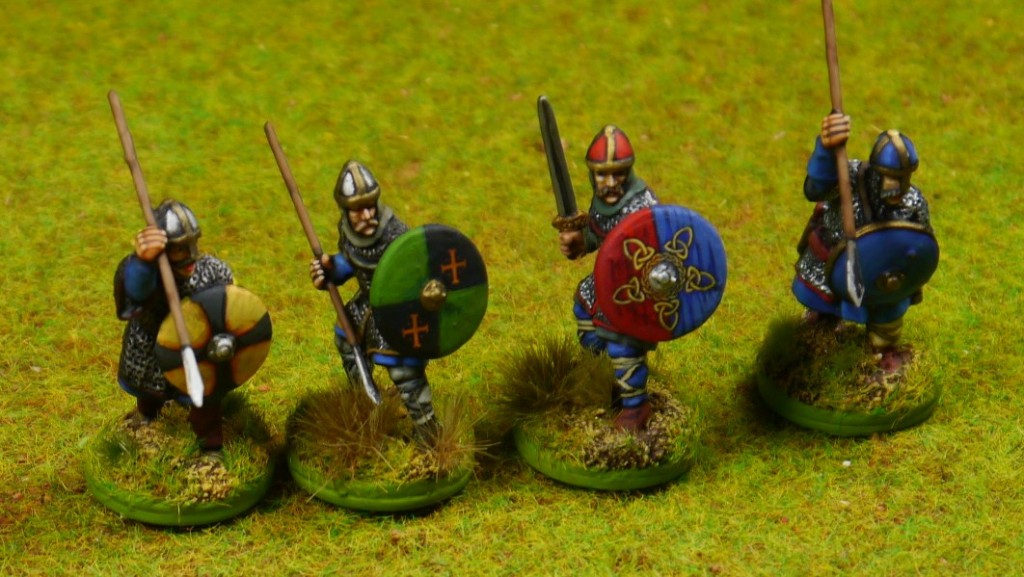 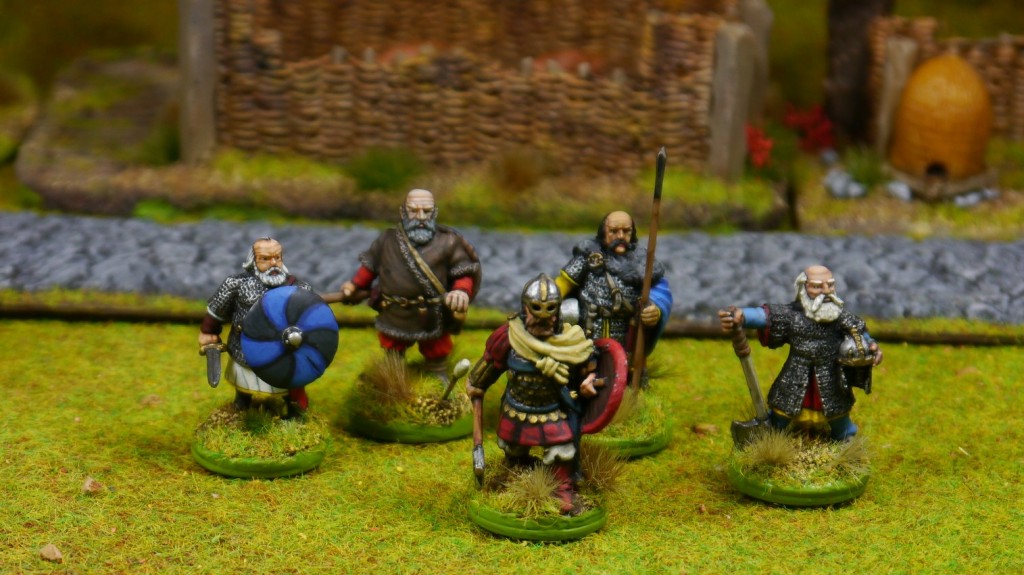 third unit of hearthguard, and the warlord himself (GB figures)

As the year is rapidly approaching its collision with 2012, it is a good time to contemplate the ups and downs of the hobby this year. It seems it was a rather good year – apart from the obvious progress I have made in many projects, I have sold tons of unused lead, using the revenue to finance several professional painting services in order to complete even more projects. I have finished my long planed custom made gaming table and also have made quite a few gaming mats for it. So yes, it was a very good year. Alas I certainly have not gamed as often as I would have liked, with many business-trips coming in the way even of our regular club-evenings in Ulm.

As for the projects, the year 2011 saw me entering the Napoleonic period with a vengance. Lightning struck at Salute 2011, where I saw the Perry Napoleonic Russians and I knew I was hooked and my long pledged vow to stay in the Ancient and Medieval era was forfeit. 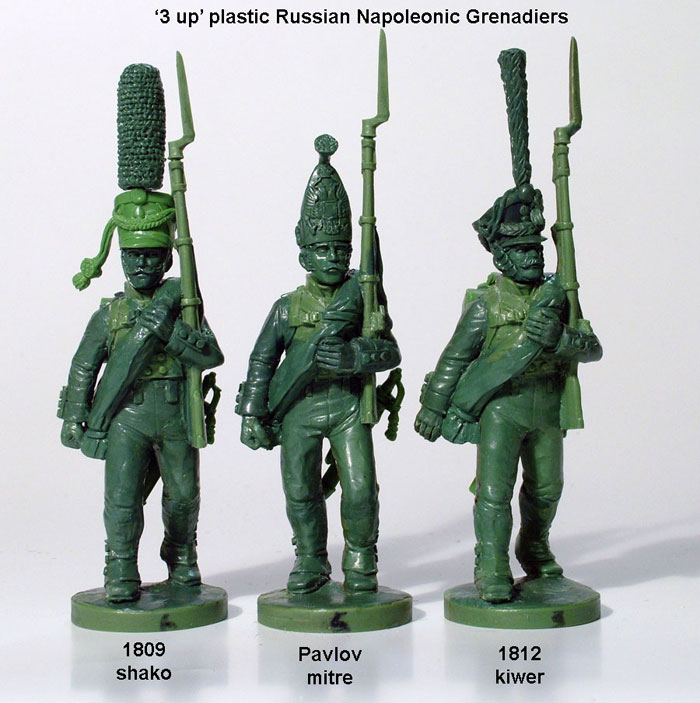 It is all their fault! Perry Napoleonic Russians (photo property of Perry Miniatures)

Since it was some time to the Russians release date (and still is), I wanted to start with a French army as an antagonist – and then one of the big things happened that always seems to happen when I plan to think small. A very, very kind person decided to part with his huge Napoleonic collection and sold his French and British troops. after akquiring some of his figures via Ebay, I plunged in and gave him an offer for his complete collection – which he accepted. And then I was swamped with beautiful painted troops which I have akuired for a very fair price. They were all based for another system and organized into much bigger units, so it took some time to convert them into the Lasalle system. I also needed to paint additional command figures and additional soldiers in order to reorganize everything, but now – as you have seen in my last post – the British core army is completed and the French will be theses days (given a few hours of painting time, which I cannot guarantee these days).

I have to say I surprised myself. Normally I’m a well-established wargames-butterfly, hovering from one project to the next – but this time I stayed firm from May until now. Admittedly, I fitted in some Ancients for my DBA tournament in October and I also rebased some figures for SAGA, but apart from that I have stayed focused. It seems this little blog has helped as well. Come to that it is also one of the good things of this hobby-year. It seems my blog has been well accepted with well over 1000 “real” visitors (in delimitation of automatic web-traffic) and even if the commenting function is not used very often I got quite nice feedback from people all over the world, and I’m grateful for that. The blog works for me, it is a nice form of “show and tell” and also a good instrument to stay in contact, so thanks to you all for your visits, interest and kind remarks.

Finally, what do I plan for 2012? Since it possibly is the last year at all (should the Maya calendar be in better shape than my own one) first it seems quite important to take all the disposable holiday early. I mean it would be quite sad if the world would end and ones last thought was “and I have given my employer x days of precious holidays!”. On a more sincere note for me it would be prudent not to plan to much for next year. For several real-life reasons this will not the year of big hobby projects. But I plan to finish some of the longer going projects, adding some selections to my new Lasalle-armies and possibly doing some painting for Skirmish games like SAGA, which I like a lot. There was a lot of basing and rebasing of acquired figures this year, next year I want to re-shift the focus to painting my own figures again.

OK, that’s it then for today. I wish you all a good time and I will tune in again around Christmas. 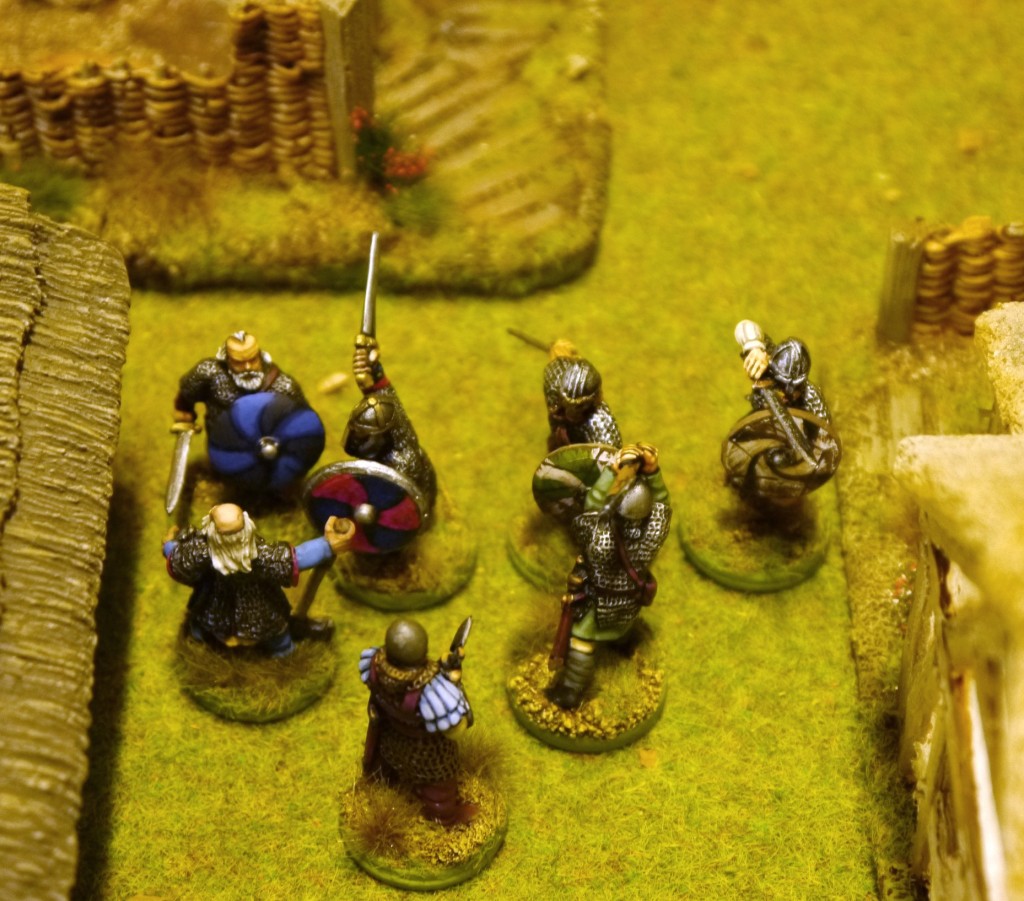 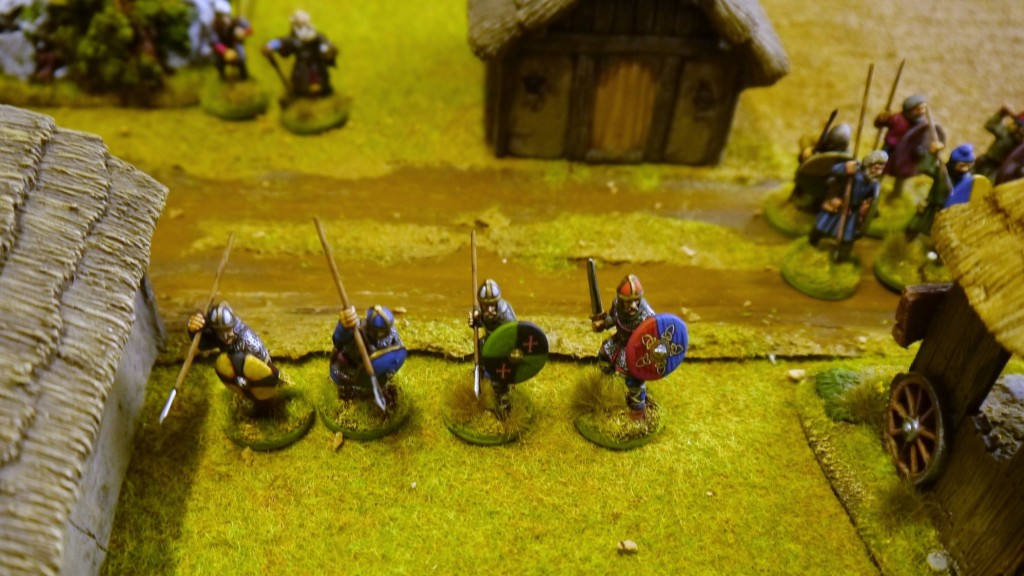