A blog without pictures is a rather silly thing. Yet I have sold my camera in order to buy a better one, but I do not have decided which system I want (at the moment I’m somewhere inbetween Nikon D90 and Panasonic Lumix G3). So this blog has been rendered blind, at least for the moment. Still, the show must go on.

The status of the army is that the last regiment is finished, but it is not the Kings German Legion as was originally planed, but the 32th foot regiment instead (white cuffings). Since the Brunswickers were under Pictons command and I’m surely going to paint some of his highlanders in the future, I have decided to do as much of his British regiments as I can. The KGL, that I had already begun, will be finished sometime later with Peninsular Shakos and will form the foundation of a peninsuler army.

So here is the army in theory: 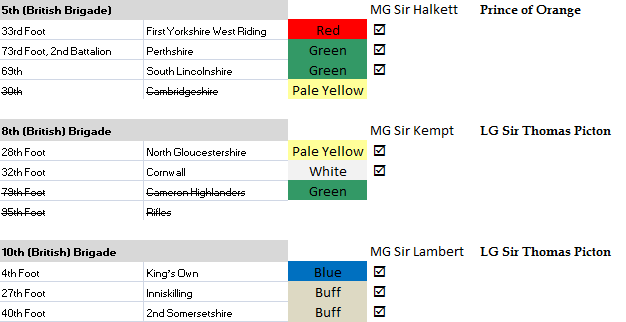 Pictures of the real thing will follow as soon as I have a new camera. At the moment I’m painting the man himself (Picton) and also a few more skirmishers as well as the foot artillery (Ihave forgotten to mention it in the last blog entry). With these the core of the army is finished.The Brunswickers will follow soon, so I can concentrate on the French.

Have a nice weekend,
Tobi

Well, one has to start somewhere, and since I’m going to show you a lot of things that are produced on it, I’d like to begin with my painting desk. Here it is, all tidy and shiny (which is a rare incident, so I wanted to document it). 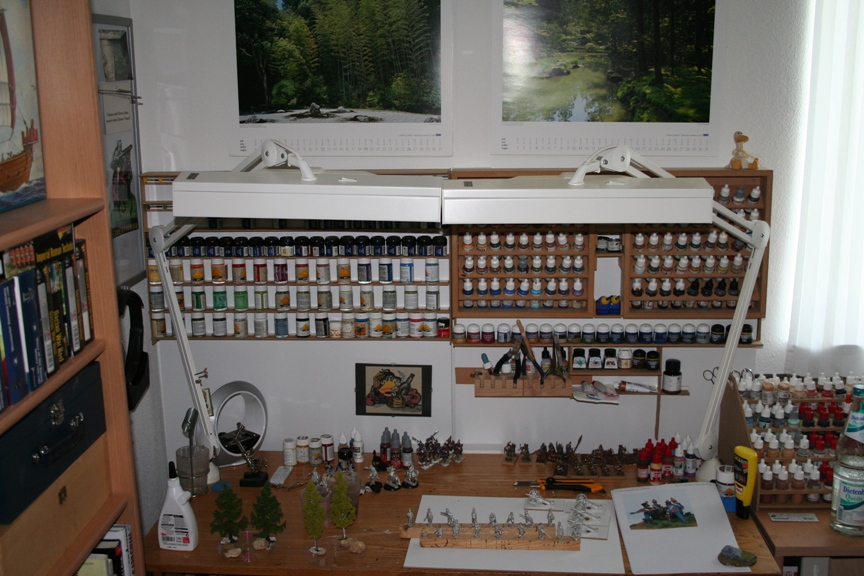 On the desk you see, er, admittedly a lot of clutter. But among the clutter are some French canons from Perry, more of these later.