Well, it’s about time. I’ve so often anounced that they are nearly ready, that I’ve started to believe myself. I only have to base them, I hear myself say. Well, right. With basing, touching a little color here and there, correcting some mistakes, adjusting the pompons and giving them a new coat of varnish it took me some time, but here they are: The first two French battalions. 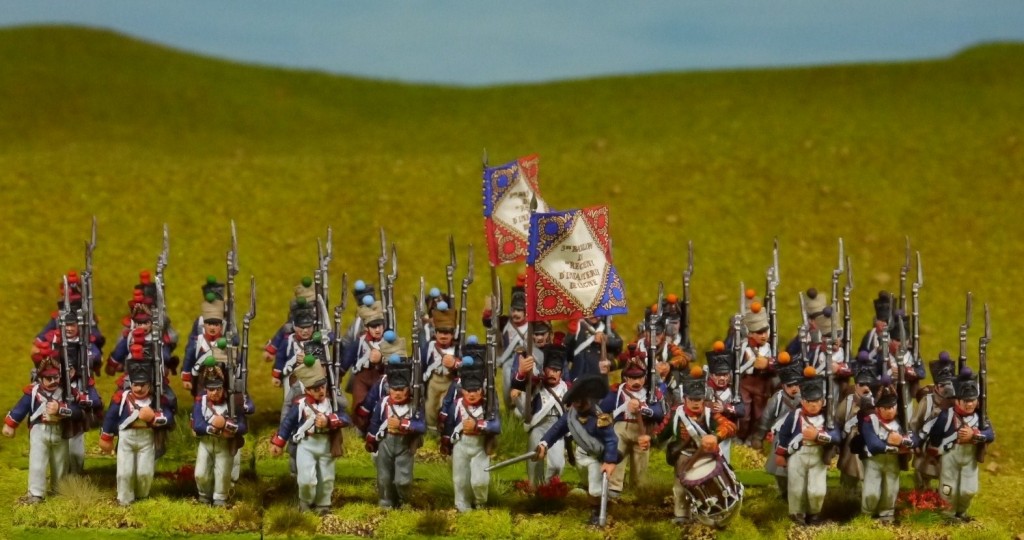 One of the first decisions I had to made was how to depict a French batallion for Lasalle. If a batallion is depicted with 36 figures, that is an easy question – you use one base each for the grenadiers, voltigeurs and the other four companies, one containing the command. But with four bases one has to decide. What I finally decided on is the scheme you see above: I’ve used four figures each for the grenadiers, and the four companies with green, blue, orange and purple pompons (the little dots on the shakos). I left out the voltigeurs and used them as seperate skirmish bases, and I depicted the command as an Officer, fanion-bearer and a NCO. The drummer got an orange pompon to make up the numbers. 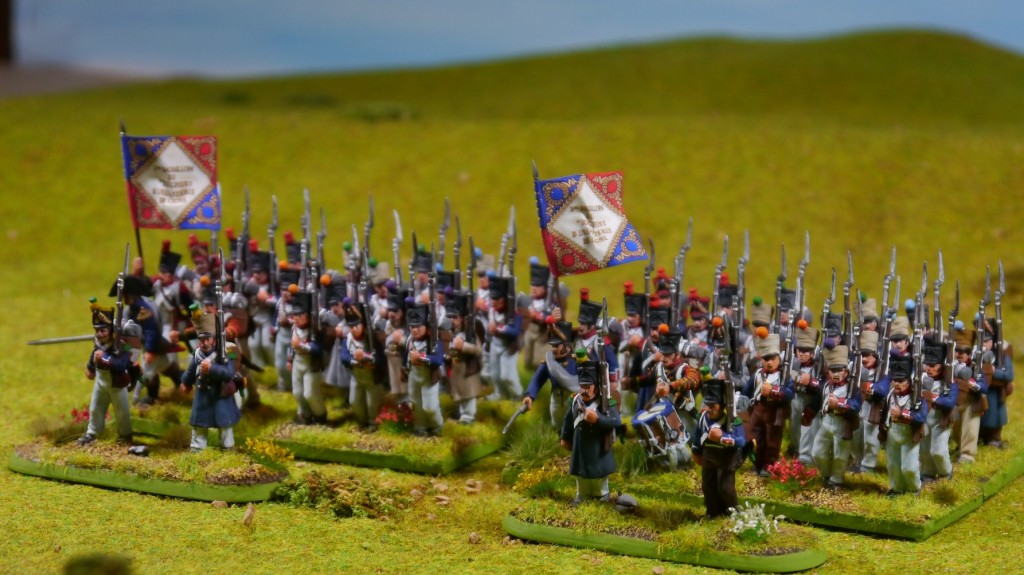 As in 1812 the fannions for the batallions were officially abolished, I gave them the non-regulations fannions from GMB Designs. So these two are the second and third batallion. I hope I’ll finish the first with its mighty eagle this week.

Also this week I’m going to assemble some figures for the new SAGA rules that have finally arrived. The wargame butterfly is flapping its wings… and may cause a storm somewhere… 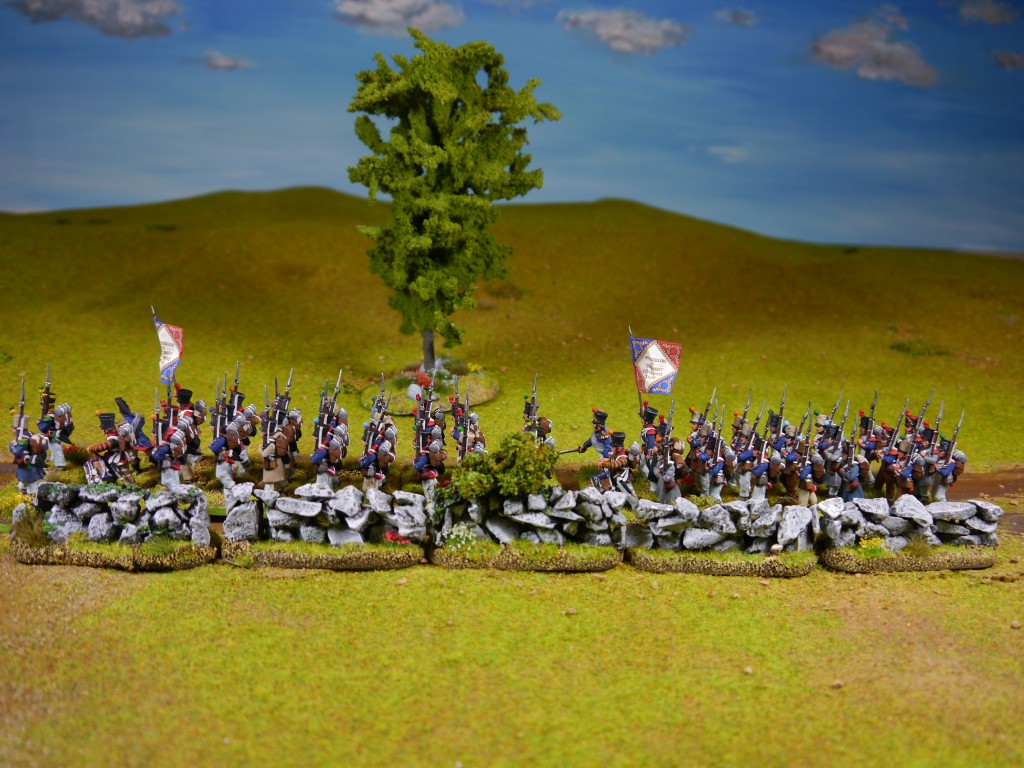 One final word: Mark from “over open sights” was so kind to paint some French Artillery for me (for the Cavalry). He also did some conversions in order to put some variation into the Perry napoleonic French horse artillery. I can’t wait to have them here – but the other units have to be ready by then. A very good reason not to become distracted by SAGA right now.