In German there is the proverb “was lange währt wird endlich gut” – meaning “what took long is now finally accomplished”. Indeed I have worked on this project since May, and quite continously so (at least for my standards). Now the Bristish core army for Lasalle with 6 Batallions (each consisting of 23 soldiers including command and 2 seperate skirmishers), two additional Bonus-Batallions (should the army take the role of the attacker), a battery of Royal Artillery and 3 commanders including the C-in-C  is finally finished. 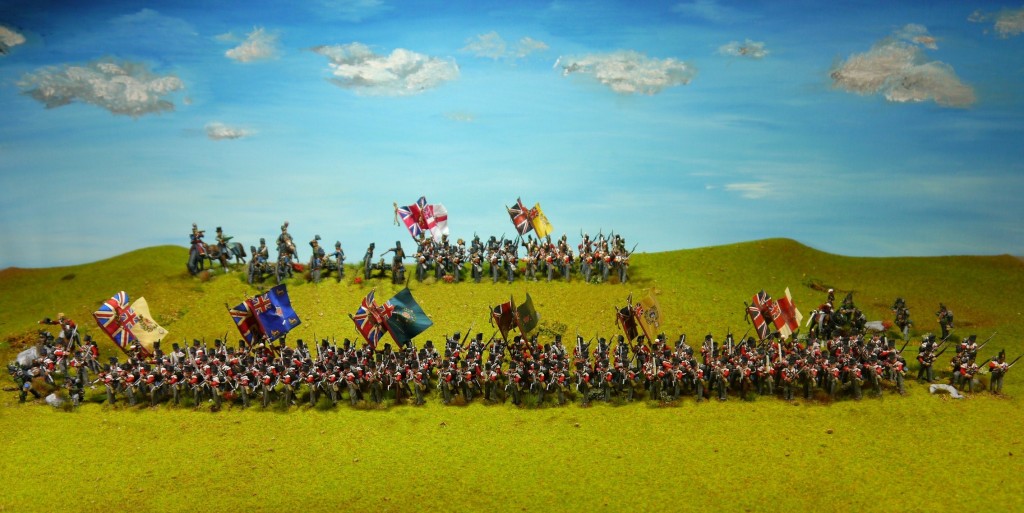 While a good part of the army was complete quite a while ago, there were still 4 elements of skirmishers missing, and I just couldn’t bring myself to paint them. Now that this is finally done the Army is finished and stands in waiting for the first French columns to arrive.

The army consists exclusively of Perry Miniatures, with one notable exception of a Victrix kneeling skirmisher. My plan is to give it two support-selections: One a Brunswick division and one a cavalry choice (possible light cavalry, now that the Perry British Hussars are due to arrive). These support choices will take some time yet – but hopefully not too long since a great part of the Brunswickers is already finished.

Have a nice weekend and thanks for your visit.