Our club, the Ulmer Strategen, has an annual gaming event: The AttritiCon. This was held last weekend, and it really was a great success. With some 80+ gamers playing DBMM and FOG tournaments as well as many participation games, it really was a joyfull event with a great selection of what our hobby has to offer. 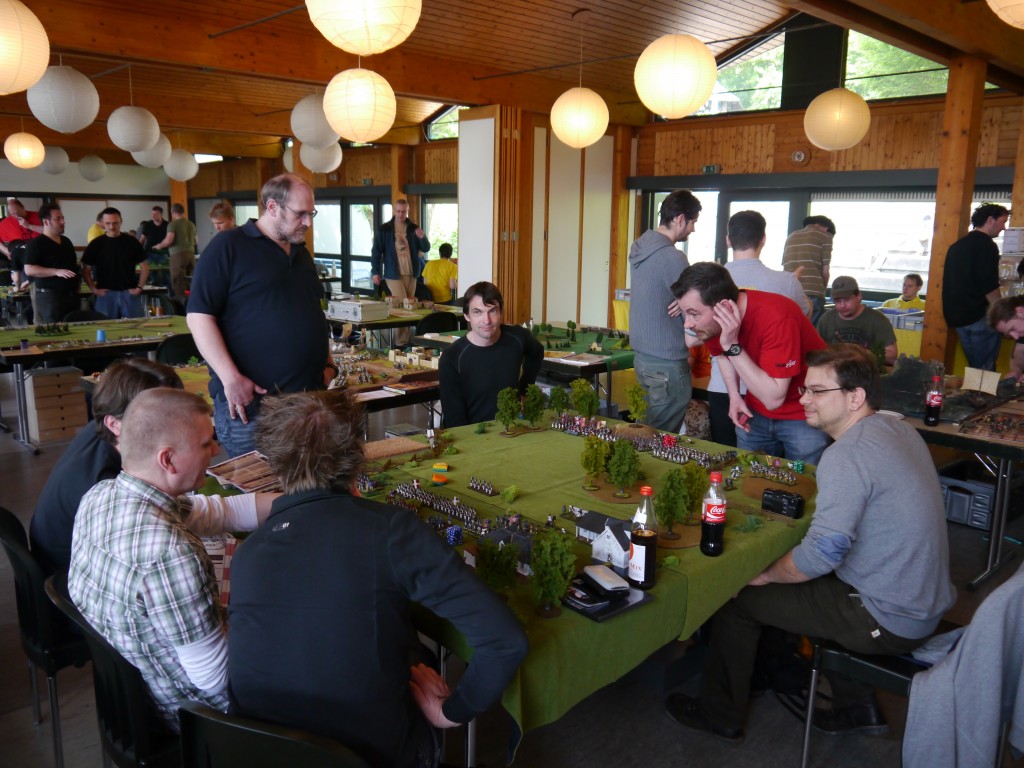 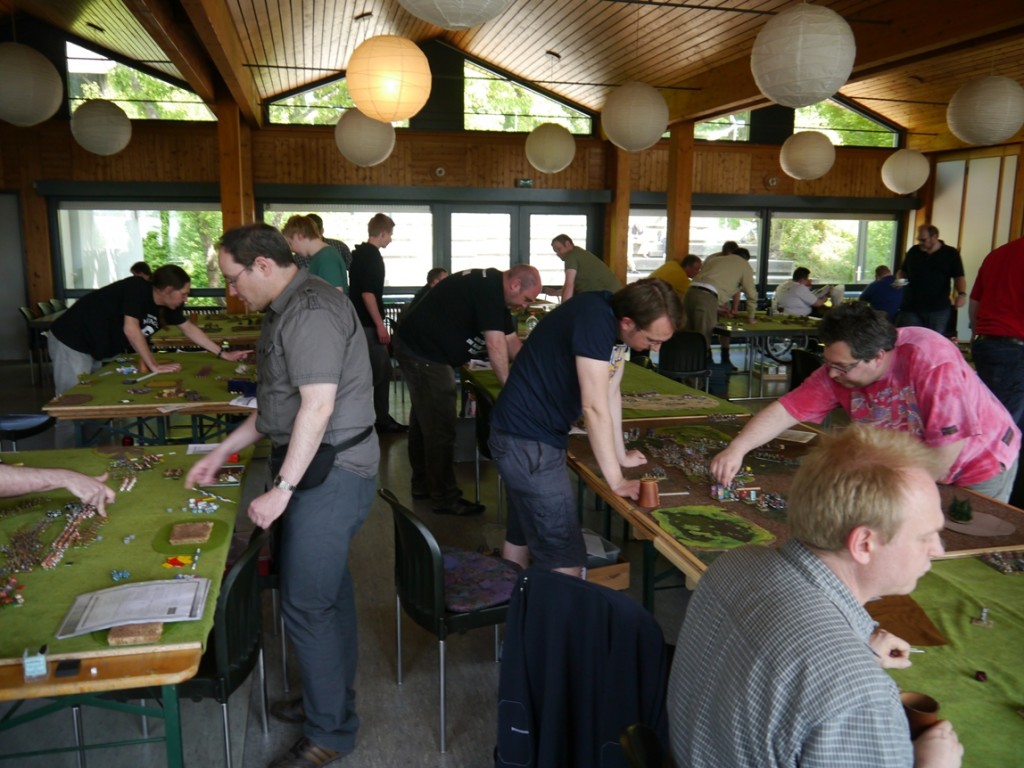 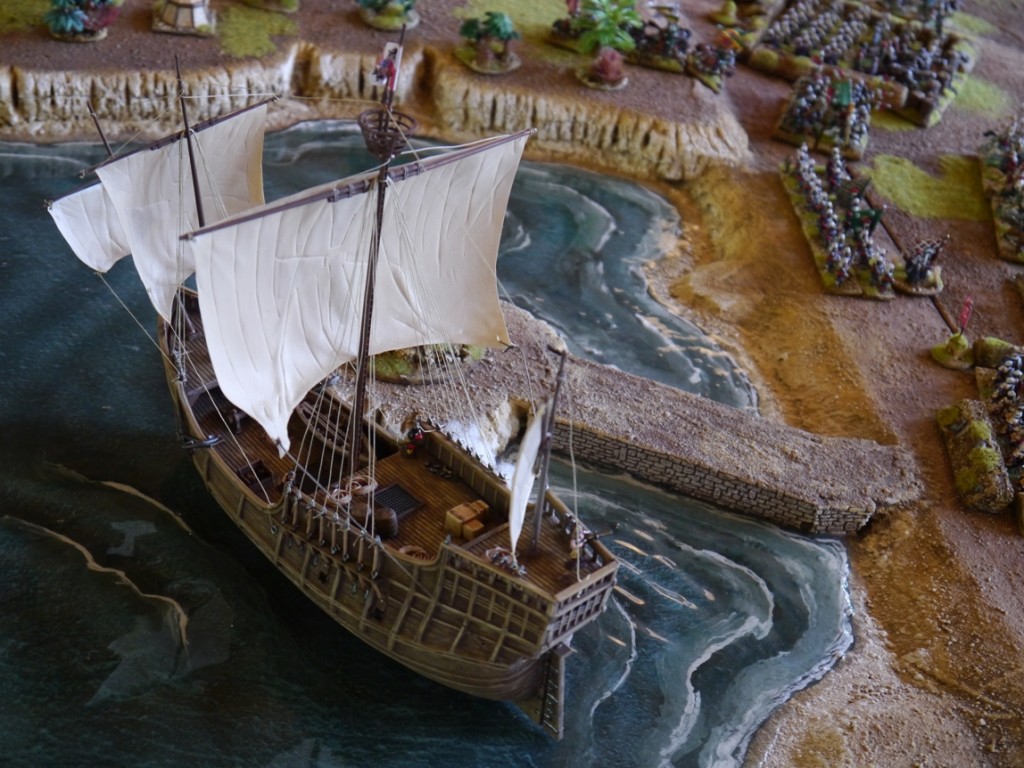 There are many more pictures to be found here, alas I have to appologize that the text that goes with them is written in German.

I took part in the DBMM tournament, but I also used the time between games to both learn Impetus and play a round of SAGA – the last on a very beautiful table presented by our friends from Heidelberg.

I did rather well at the DBMM-tournament and ranked fifth out of ten players – considering the lack of gaming practice and the complexity of the rules this position was more than I could have hoped for. Also, two of the four games were really good fun. As for the other two games my fun was a little bit tarnished – not by the fact of winning or loosing, but by the rather strained and ambitious attitude of my opponents. I don’t blame them, it WAS a tournament after all, but it became one again clear to me why I’m not very attracted to tournament games any more. After all, I have more than enough competition in my job. I enjoy it much more when the tension of a game stems from the unfolding narrative, casting its spell over the players, rather then from the strained nerves and mikro-optimizations of tournament-competitors. So I guess I’ll certainly continue to play DBMM, but I think I’ll keep away from tournaments for a while.

Still it has been a great weekend, and there were so many nice people and so much hobby-talk that it more than compensated for the minor annoyances. And the oppertunity to play Impetus may have marked the start into this new gaming system – at least it sounds and feels very promising.